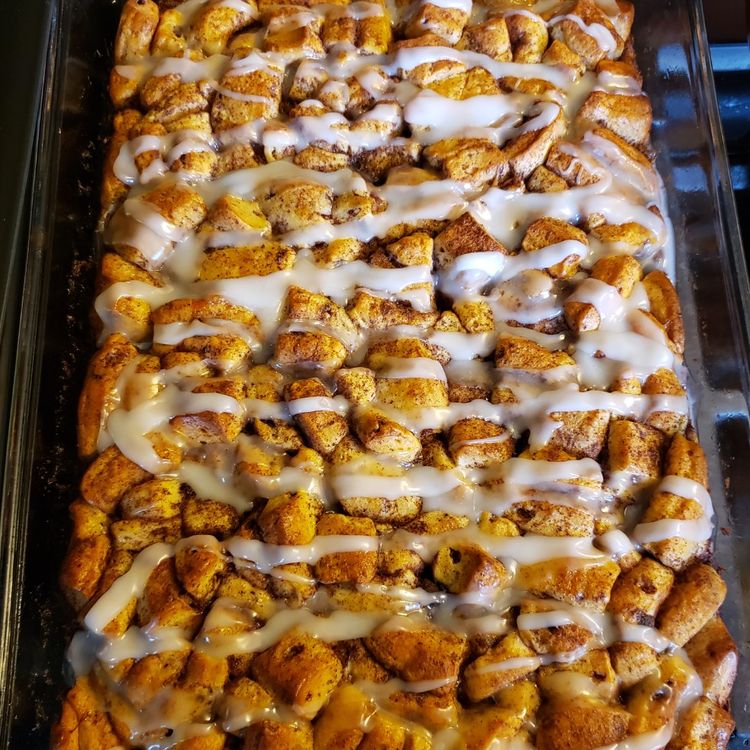 CINNAMON ROLL FRENCH TOAST CASSEROLE {OVERNIGHT}
Whether you are hosting a brunch, making breakfast for the family, or trying to get the kids fed before sending them off to school this super easy, Cinnamon Roll French Toast Casserole is the right answer! No one can resist this delicious overnight french toast casserole packed full of cinnamon sugar flavor.

I think we can all agree best part of a cinnamon roll is the way the cinnamon, sugar, and butter bake together into this ooey, gooey, sweet, cinnamon filling. My Cinnamon Roll French Toast Casserole is a little different from other recipes. Instead of using store bought cinnamon rolls I’ve combined that awesome cinnamon-sugar filling with delicious brioche bread to really bring french toast and cinnamon rolls together.