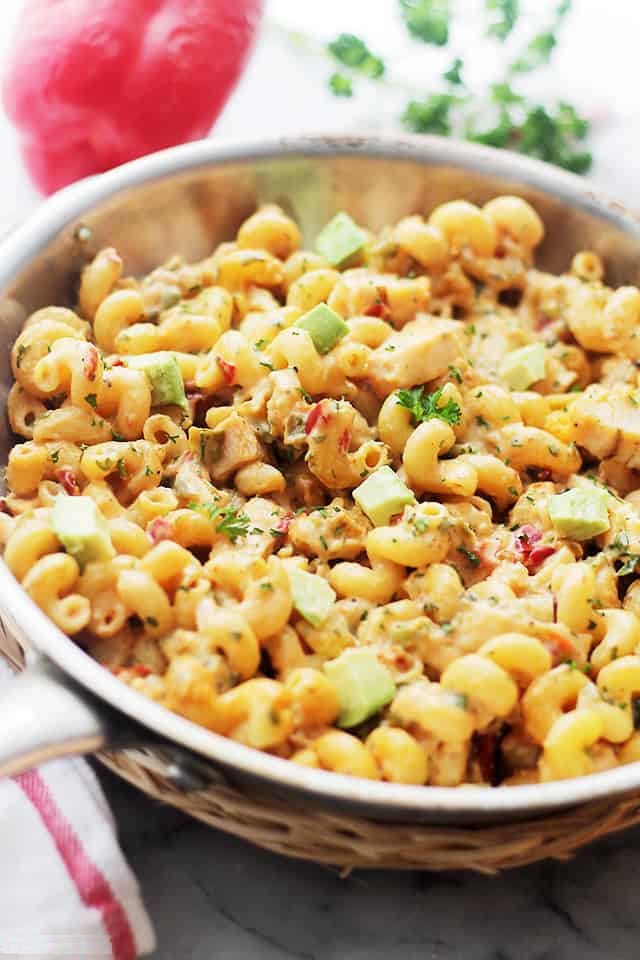 In a small bowl, mix the southwest seasoning blend together.

Add cut chicken to a large bowl and drizzle in honey and half of the seasonings. Toss to combine.

Bring a large pot of water to a boil and cook penne pasta according to package instructions for al dente. When done, drain and set aside.

Heat oil in a large skillet over medium heat.

Once hot, add seasoned chicken and cook for a few minutes on each side until cooked through. When nice and golden, transfer chicken to a plate.

Add diced onion and butter to the same skillet you cooked the chicken in over medium heat. Cook for a few minutes until tender.

Add garlic and cook another minute. Add diced tomatoes and the remaining seasoning and bring to a low simmer.

Slowly pour in heavy cream while stirring until fully incorporated. Bring to a nice simmer.

Add chicken back to the skillet. Sprinkle in cheddar cheese and stir to combine.

Add penne pasta to the sauce and toss to combine. Remove pasta from heat and let sit a few minutes.

When done, stir pasta again to fully coat in sauce and sprinkle with chopped cilantro.