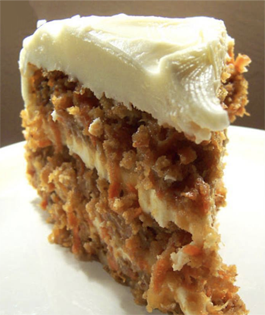 A moist and flavorful recipe that makes a large quantity of cake. I have been hounded to make this cake time and time again.

I have so much respect for the parents who try their hardest to give their children the much-needed nutrients for their growing bodies.

It’s really hard to feed a child who doesn’t want to eat what you’re offering. I’m not a parent yet, but how many times have I witnessed my brother and his wife, and my cousins trying to feed their children with something more nutritious other than fried food and plain sweets?

I have a friend who probably has the pickiest eater of a son. His son only loves to eat processed food, something that’s not advisable for anyone because of the preservatives present in them. He most especially loved corned beef, luncheon meat, or sausage in cans, and eats them with eggs and toasted bread.

What my friend does is she tries to think of recipes where she can hide a couple of vegetables, burying it inside the dish until they’re barely noticeable. It’s quite ingenious really. She is able to make her son eat broccoli and peppers by hiding them under an extremely cheesy casserole.

I once helped her make carrot cake just because she could hide the carrots underneath the cream cheese frosting. The frosting is all sugar and cream, but at least she is able to put some carrots into his diet. It doesn’t make sense, but it also makes sense at the same time. The things we do for love.